Body dryer, what exactly is it?

A body dryer is an electrical device primarily used, but not exclusively, in a domestic setting to dry a person’s entire body after bathing. It uses the same principle as a hand dryer by emitting air that dries a persons’ skin. The first total body dryer to be adapted for a domestic application was invented, developed and patented from 1991 by Michael John Godwin, in Bury, Greater Manchester, UK. 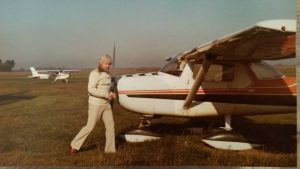 Michael Godwin was a helicopter pilot as well as a prominent businessman. Michael, along with his son Ryan Godwin, reasoned a warm shower followed by a less than warm toweling afterwards was a chore so Michael devised a system, which can be easily installed into any shower area. He formed ApresShower Ltd in 1991 and patented the dryer, known as the ApresShower in 1992, which is commonly represented by the ApresShower Cupid Logo.

The Apresshower was also branded as The DryMe Body Dryer in Ireland and Tornado Body Dryer in the US where it featured on King of Thrones. Michael described the body dryer as a duct which may be fitted into the corner of a shower unit. Warm gas is urged through the duct by an electric motor and out of the duct outlets provided along the length of the duct. The drier provides a uniform curtain of gas e.g. air for drying purposes. The concept was later popularised in 2014 by yours truly, airTeem which was formed by Ryan Godwin and myself Matthew Kendall to help develop and reinvigorate the body dryer concept. 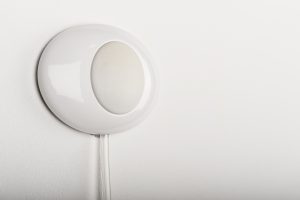 The dryer uses a rubber diaphragm and airswitch with a two-speed function. The body dryer operates in two speeds. The first speed can be used whilst showering to warm the air and the second speed for drying purposes

The apresShower is designed to fit neatly into the corner of a shower cubicle, wet room or over a bath in an unobtrusive manner. The airflow accelerates the evaporation of water particles from the skin and helps a person dry, reducing the need to towel dry. The increased temperature also helps maintains a person temperature while they dry.

Can our dryer help you? Fancy getting dry this way? You can find our life aiding product online.